The Costume Shop in Waterloo is closing it’s doors after 30 years in business in November 2018.

The Sydney costume hire shop has put 10,000 outfits up for sale.

Across two floors in a building in Waterloo, 10,000 hire costumes that include original Priscilla headdresses, Jane Austen gowns, raunchy burlesque skirts and even the Sunrise Cash Cow are up for sale.

But eager for a break, the shop’s owners Kitty Hoh and Wing Chung have decided to sell everything and close its doors.

She said it would be a huge loss to the city’s theatrical and party scene.

“This is a very special type of business.

“When you make a costume, it takes a lot of manpower, lots of hours — there’s a lot of memory associated with the costume. Most of the costume racks are filled with designs envisioned and fashioned by the store’s in-house designers, unlike other costume shops that ship in clothing from factories en masse.

The average make-time is between three and four months.

While many of the designs are interpretations of well-known costumes from TV shows like Game Of Thrones, some are originals.

“They’re a piece of Australian history.”

“When Pavarotti, the opera singer, was in Sydney we got his tuxedo,” she said.

“Like all famous people, they have their name written on their tuxedo inside.

“We trust people to have a good time with the costume, but someone actually decided to keep it and we never got it back.

Ms Hoh said while the looming prospect of a holiday was exciting, the shop’s closure in November would be sad.

“I think Sydney will miss us when we go.

“We are one of the big icons in the costume hire business, and with us going by the end of November it will be cheerio and ciao, and you won’t see anything like this ever again.”

Costume of the Month 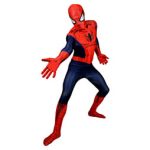 Last year it was Morphsuits, this year it's MORPH Costumes. Morph Costumes come in all shapes, colours and sizes with a suit to suit everyone. These MORPH Costume Suits all come from Australia's END_OF_DOCUMENT_TOKEN_TO_BE_REPLACED We love a good party, and even better, a dress-up party. 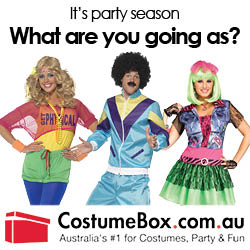